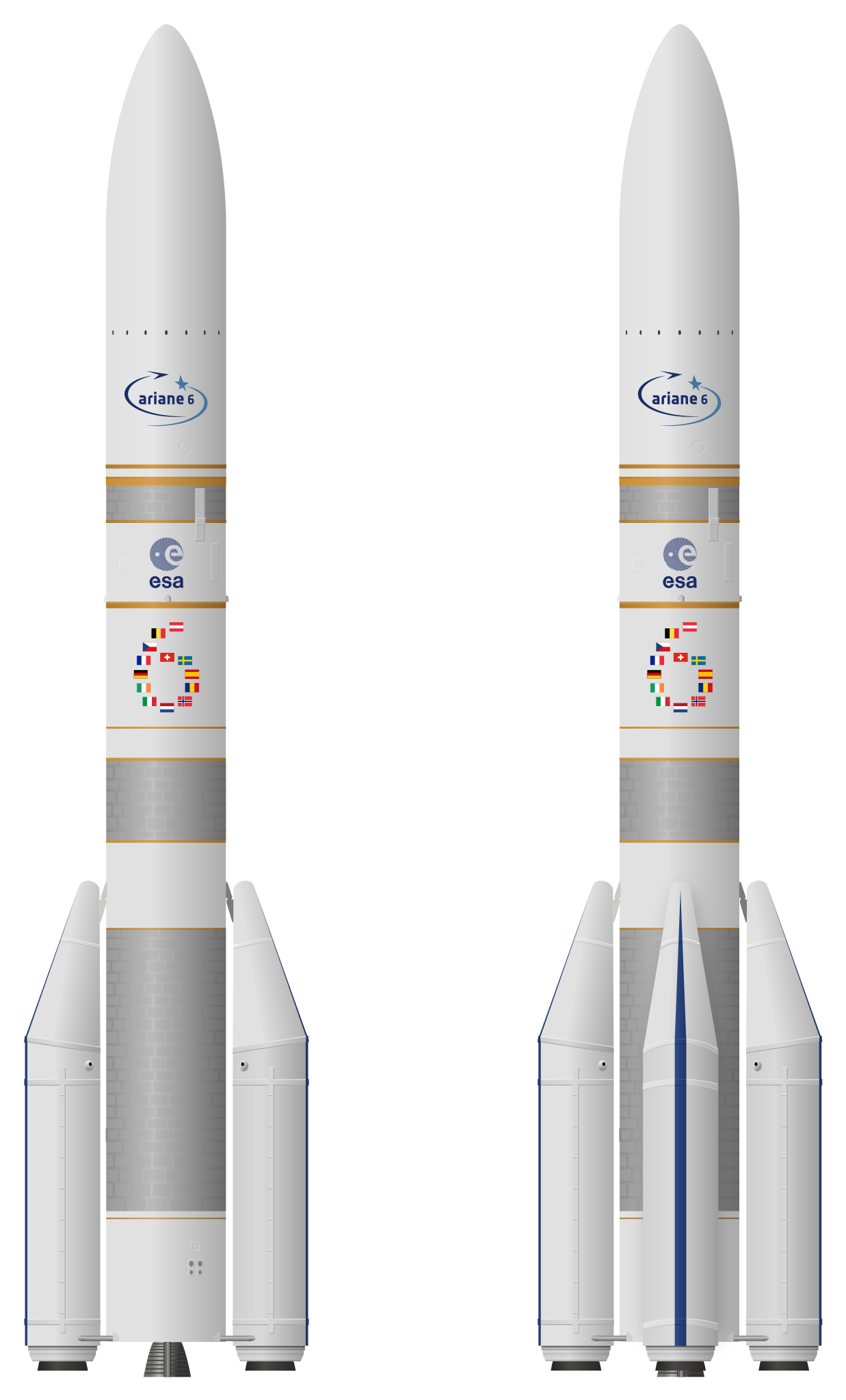 Ariane 6 is a European expendable launch system currently under development by ArianeGroup on behalf of the European Space Agency (ESA).

Ariane 6 is a European expendable launch system currently under development by ArianeGroup on behalf of the European Space Agency (ESA). It is intended to replace the Ariane 5, as part of the Ariane launch vehicle family. The stated motivation for Ariane 6 is to halve the cost compared to Ariane 5, and double the capacity for the number of launches per year (from six to twelve).

Ariane 6 is designed with two core stages both powered by liquid hydrogen-liquid oxygen (hydrolox) engines. The first stage has an improved version of the Vulcain engine already used on the Ariane 5, whilst the second stage has a newly-designed Vinci engine. Most of the initial lift-off thrust is provided by solid rocket boosters attached to the first stage: either two or four P120s (Ariane 62 and Ariane 64 variants respectively), which are larger versions of the P80s used on the Vega rocket.

Selection of the design concept was made by ESA in December 2014, favouring it over an alternative all-solid-fuel rocket option. Further high-level design was completed in 2015 and the vehicle entered the detailed design phase in 2016. Arianespace placed the first production order in May 2019. The first test flight was initially scheduled for 2020, but following several delays is now expected late 2022.